I'm reblasting this topic as it still hasn't imported my ethereum.cc ETC into my ethereum wallet 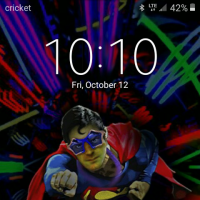 it's been 24 hours...the https://www.ethercoin.cc submission form shows my order of transferring ETH to my wallet, but it doesn't say sent yet. I tried sending newly purchased 16.38442855 ETC to my ethereum wallet using the ETC upload tool available on www.etherecoin.cc Hmm...My Ethereum wallet doesn't even say pending deposit after 24 hours. What gives?

Okay so my 6.38442855 EtherCoin still haven't been applied into my Ethereum.org wallet. I'm glad I did this simple test before I put some big money down, but no one so far has provided any insight whatsoever as to why it takes more than 24 hours. How else can I purchase ETC and have it sent to my wallet? I followed the instructions on Ethercoin.cc. The ETC is no longer in my hands and it worries me that there is currently no sign of it's arrival into my wallet...no pending deposit or anthing...help!
0 · Share on TwitterShare on Facebook