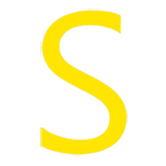 tytanick PolandMember Posts: 66 ✭✭
November 2016 in Mining
Hello guys.
I am announcing project i've been working on with one company.
Its Called "Simple Rig Resetter" - SRR
Please leave your feedback and comments or questions.
But please read whole specs before you ask anything Smiley
After some perios of questions and feedback i will announce preorders.

ALL INFORMATIONS ARE HERE: