hasher Member Posts: 642 ✭✭✭
August 2016 in Mining
Just built a 6 x PowerColor 480 Red Devil rig (non-reference cards) with a Corsair AX1200i, thinking it would be more than enough to power things, since everyone is saying its totally doable with a 1000W PSU... 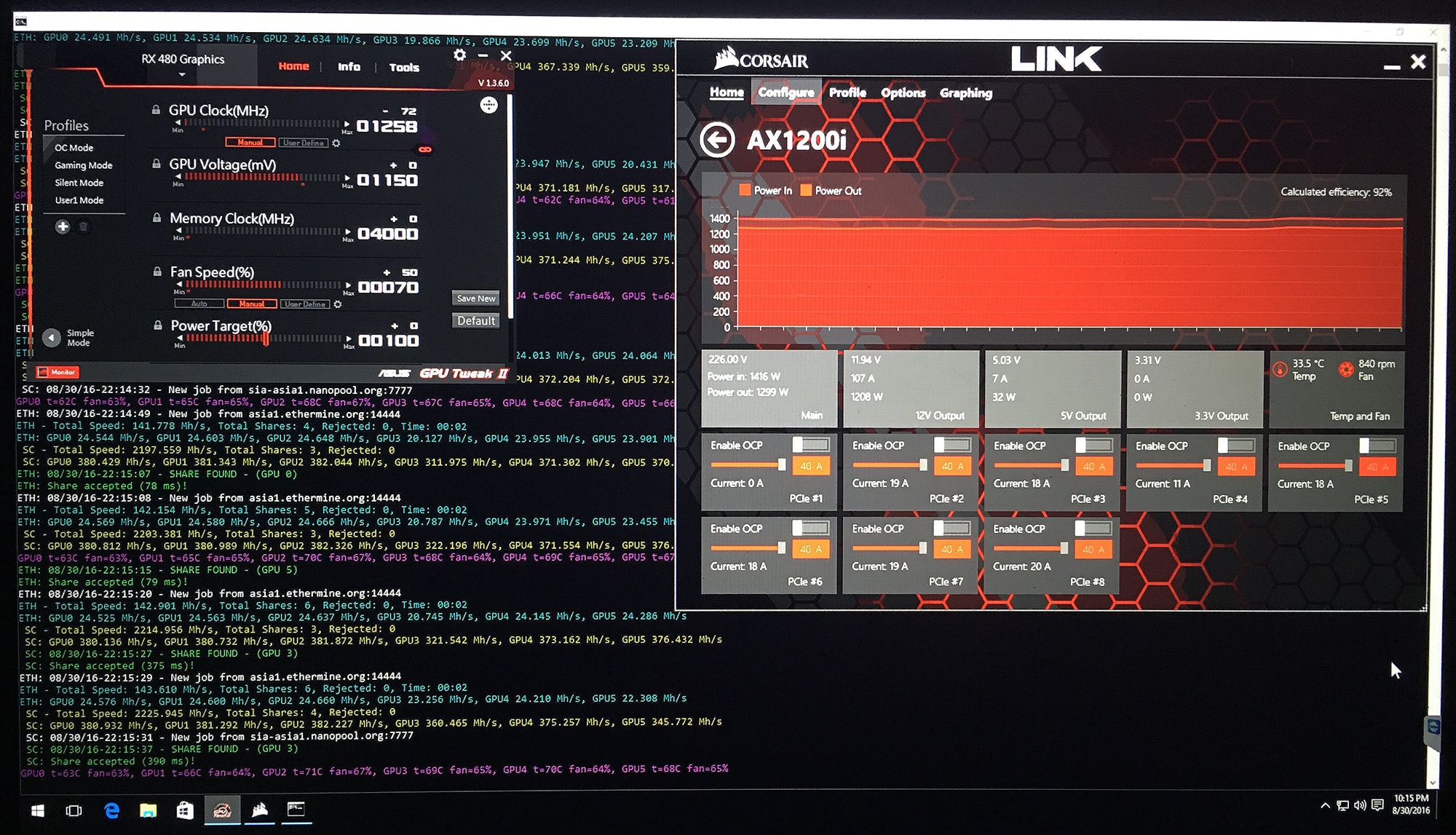 After running for about 5 minutes, one of the GPUs died, and claymore restarted.
Gotta give it to Corsair for making some crazy hardcore PSUs that perform. I was expecting it to meltdown, especially for going way over its rated spec.

But after seeing this, I call BS on those who say you can run a 6 card 480 rig on 1000W. You can see the numbers there in the screenshot for yourselves, and those aren't GPU-Z style readings. That's from the CorsairLink dongle that connects from USB straight directly to a dedicated port on the PSU.

If you are one of those people running a 6 card rig with 480s. Please raise your hands up.
Now I will have to go dual PSU on this rig. I really didn't want to go that route