wirelessnet2 Member Posts: 385 ✭✭✭
August 2016 in Mining
Alright guys, its time for me to make a thread on this. SATA to molex adapters: they are a bad idea. Do not use them. End of story. They catch fire, and can kill your hardware (or possibly light something else on fire, which is BAD). The Molex end of the adapter is fine. It's such an ancient connector that you almost cannot mess up making the connector. How the molex end is made in factories: The plastic mold is created, and then the wires are inserted into the mold, with plastic spacers in between the cables. Simple as that. However, the SATA end is the problematic end- How the SATA ends of these adapters are typically made is the wires are clamped into place, and then the plastic is MOLDED AROUND THE WIRES. In the process of the molding, the wires can shift slightly, which can cause problems down the road. You see, these adapters are made to be used for things like hard drives, which draw like 10w max. and they catch fire sometimes just doing that (ill link two videos showing what I mean- watch them- they are pretty good videos). You put a GPU on one of those adapters, using upwards of 50w (and producing a lot of heat), and you get problems. The plastic can get soft, and an arc will form between the wires. This melts the plastic more, which creates a bigger arc, and then it turns into a huge positive feedback loop until a fire catches. now, HOPEFULLY at this point your PSU will notice the massive overcurrent and kill power to the rig, but sometimes the arc does not trip the protection, and it can... you get the point. Just dont use the adapters guys, Its simple as that. These adapters are mass produced in factories in china somewhere for like half a cent, and half a cent is the quality youre getting.
Video 1: 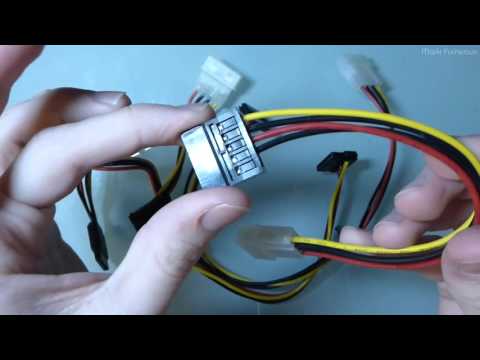 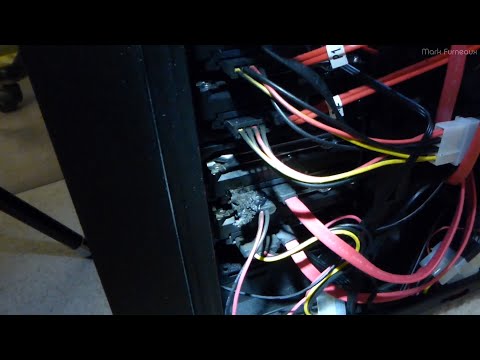