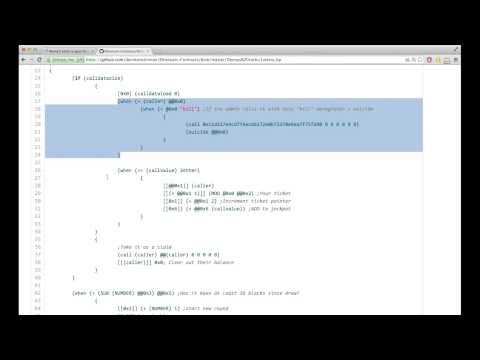 Dennis McKinnon shows his Ethereum Lotto ÐApp (Distributed Application) to Joris Bontje. After a demo of the UI they walk through the LLL smart contract source code and study the new Javascript bindings in Ethereum PoC 5.