Aetsen Member Posts: 30 ✭
April 2016 in Mining
I noticed this tonight. The top user was paid out over 8 mins ago, but was kept at the top over 20 mins after receiving their block reward and gaining extra shares and causing others to have to hash longer to get credits for a block. They may be stealing Eth blocks from miners. 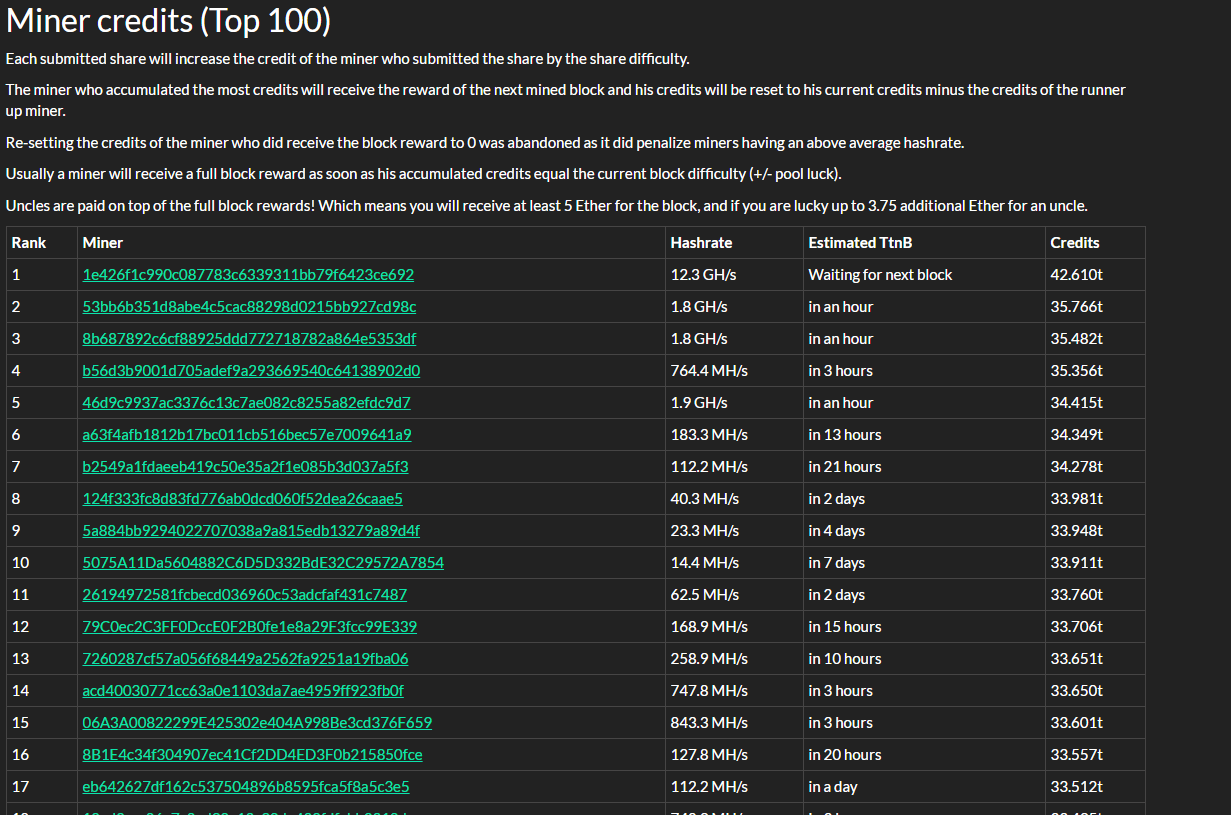 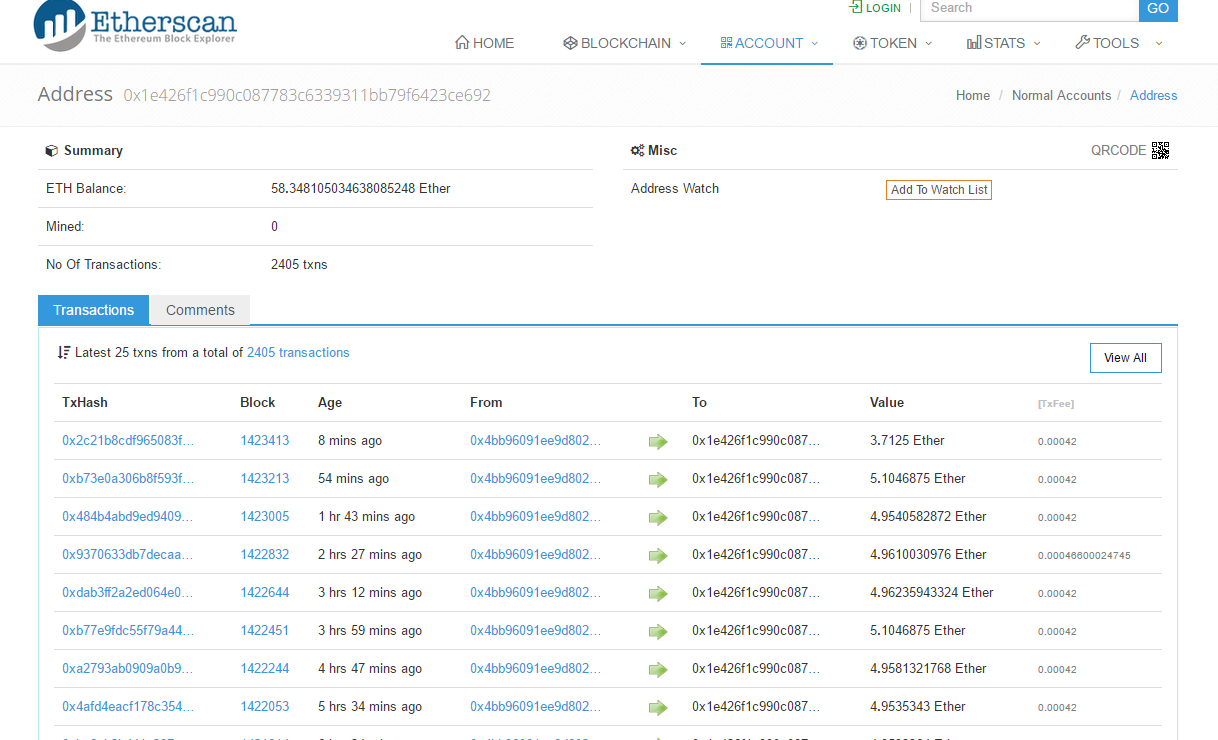