Version 0.1.5 plus more fun with browser-solidity

Furthermore, @d11e9 contributed "universal-dapp" to browser-solidity which means that you can now choose to either simulate function calls in memory or send transactions directly from browser-solidity via an ethereum node on localhost. This is also useful if you want to inspect a contract that is already on the blockchain (using only constant functions): You can either deploy a contract or tell the runtime at which address it can be found.

Note that sending transaction currently does not work with alethzero, but it should work with the commandline clients and unlocked accounts. 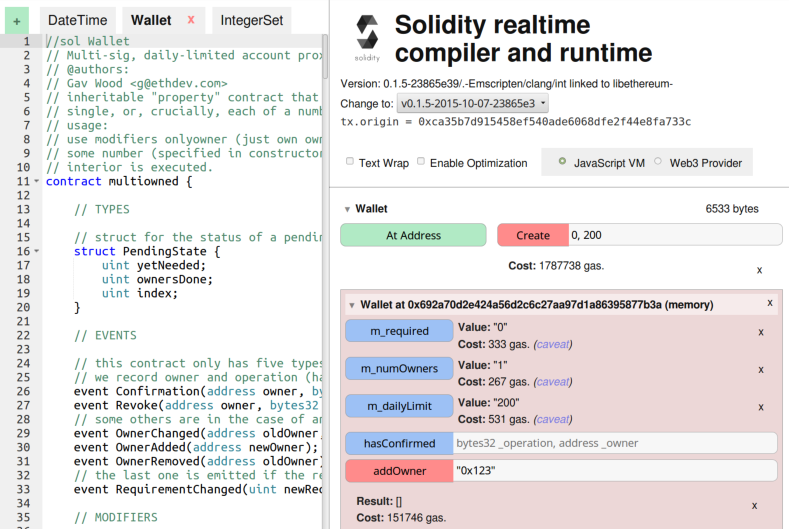