The concept of cryptocurrency with low volatility, fair distribution and high capitalization

Pofick Member Posts: 8 ✭
October 2015 in Projects
First of all I beg you a pardon for multiple mistakes in this post. I am just not native english speaker. If you find any mistakes, please report on them.

In the topic caption above there are three major quality of ideal cryptocurrency. Fair distribution is the main of these three. Once it is achieved then capitalization will rise with the popularity, and volatility will diminish respectively.

US Dollar is now considered the most sustainable currency because of its largest capitallization and therefore lowest volatility. It is used in the majority of financial transactions and deals between individuals and legal entities all over the world. But what is the main hassle to furthermore progress and growth of the world economy right now? The answer is - monopolization of the capital owned by the ultraminority of people. At the account level it looks like concentration large amounts of money among small amount of accounts and vice versa (many accounts with small amounts of money). At the transaction level it looks like frequent large remittances among few accounts, frequent small remittances from many accounts to few accounts (many->one) and rare large remittances from few accounts to many (one->many). Observing this situation one can say that the capital in form of money is gradually (but eventually in dramatic scale) centralized in hands of minority.

But what if the very algorithm of our cryptocurrency will prevent such situation? Instead this algorithm will be targeted to a prosperity of the cryptocurrency's economy as a whole. What are criteria of the healthy economy? It is active money revolving between many accounts within the system without permanent growing of money centralization among few accounts. Such a centralization sooner or later (but inevitably) stops any transition of money in the system and leads to wars, economic crises and so on.
The algorithm should set large fee for any large sum transitions. It should set a fee for receivers of 'many->one' type of transactions. And it should set negative fees (i.e. give money) for senders of 'one->many' transactions. All forfeited fees then should be distributed among all active accounts accordingly to their helpfulness to the whole economy. The helpfulness rate of an account depends on behavior of its owner unto the money that he has: total sum (percentage in relation to all the money within the system), preferable frequency, volume and type of transactions. It is necessary to solve a captcha for each transaction in the system in order to prevent 'rate pumps' when one can permanently transit money between his own accounts to higher their rates.

How should the algorithm deal with inflation or deflation? In case of inflation, when all the users are hastily trying to dump their money the interest should be paid by the system to all accounts accordingly with their helpfulness rate. Vise versa, if common frequency and/or volume of an average transaction goes down the algorithm should forfeit part of money and then destroy it. The lesser helpfulness rate is the larger forfeit part should be.

How should the algorithm deal with volatility? Well, if some speculator decides to manipulate the price of our coin then it will be necessary for him to do it with multiple accounts simultaneously. It follows from the premise that no one will agree to trade with him with large sum of money because of huge fees. For the purpose of making transactions with large number of accounts the speculator will need people which have to solve captchas continuously. Therefore in order to play with coin prices speculator has to create vacancies and hire employers (till it is profitable considering his starting capital), and that is helpful for the entire coin's economy. This will attract new people to it - captchasolvers, and overall capitalization will rise.

Therefore the algorithm encourages competition and avoids unnatural equalization for small businesses ('small' in relation to the whole system) but prevent monopolization and speculator attacks from outside the system. The money supply (number of all coins) in such system always meets the real capitalization of the system - the capital that got in and stayed there. Price of the coin stays stable.

Hence, with the system growing it will be easier for an entrepreneur with constant capital and turnover to do business, because its relative size to the whole system will lessen and fees will too respectively.

For the beginning this system can serve as micropayment platform for frequent and small transactions proceeding. These may be microdonations which can substitute 'like' button in social networks or reddit-like sites (see Reddcoin, Reddit gold). That will improve social interaction and cooperation. Indeed, for example, I rarely do any donations in the internet but with far more interest I do press 'like' buttons on the content that I really like. This happens because 'likes' don't cost me anything. But I can notionally set a accordance that one of my 'like' costs one cent, and then if I press 'like' dozen times daily for the whole month it still would cost me almost nothing. Therefore amateur newsmakers and independent bloggers will get some wage for their work and that draws them to the economy of our cryptocurrency. Then some specialized media (more expensive) will migrate into the system, then freelancers, then physical goods traders and so on.

The Initial distribution of the coin could be as some sort of an algorithmically automated coin bonus which is paid to any account when it initially created via a captcha solving. At the early stages these bonuses will be high, and with the time passes it will be drew asymptotically to the cost of captcha solving itself (inconsidering helpfulness rate of course).

This whole thing being described here is just an idea, a concept, an ispiration for someone, maybe. That would be great, BTW! There are many things to be done and implemented yet, e.g. mathematical basis of the algorithm, crypto- engine basis such as Ethereum or other, the very name of the coin

and so on. And I definitely will not do it on my own even if it is theorethically doable. I’m too lazy)) 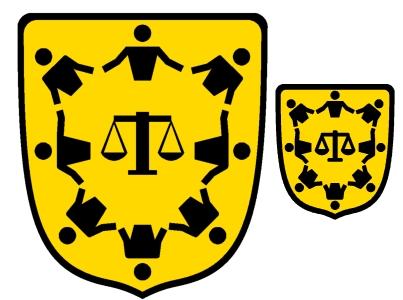