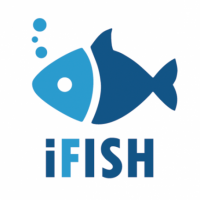 iFishyunyu Member Posts: 1 ✭
August 2018 in General Project Discussion (non-technical)
We live in an era of unprecedented personal identity, and there is widespread concern that our personal data is being abused by distant third parties, and that our identity and the political identity built around these data becomes more important to our lives. At the time, these data became more valuable to us. It is in this context that blockchain technology has emerged, and although its application is still limited, protecting our online identity and data more securely seems to be one of its core applications.

In its most basic outline, the use of blockchains in protecting personal data becomes simple: our data is stored in encrypted form on a decentralized network, and we can allow other parties to access these by using our private key. Data, just like using our key to allow us to send cryptocurrencies to others.

With this basic framework, blockchain technology promises to control our data back to our hands. However, although all of this is reasonable in principle, there are still challenges, some of which are technical, some of which are commercial and must be overcome before large-scale use of blockchains to ensure the security of personal data.

Today, the reality is that individuals cannot control their personal data in any meaningful way. On average, personal data owned by a person is distributed over approximately 100 online accounts in the form of payment card details, home addresses, email addresses, passwords, and other personal information. They can access this data but don't own it. In contrast, the use of blockchain technology provides users with new discovered control, and users will be authorized to share their ID data only with the parties they approve.

In other words, create a protocol for a suitable blockchain, where users register their ID data on this blockchain and then use their private key to decrypt the data for the selected parties. With such a setup, Cambridge's analytical scandal is almost impossible to happen, that is, data is shared with unwanted groups or individuals, and it gives individuals users unprecedented power.


Personal data, storage, and control will also be in a series of central databases controlled by organizations such as retailers, marketing companies, utility companies, and data reporting companies. In order to make purchases online, individuals only need to authorize these different agencies to connect the different information they hold in order to authorize a transaction.

In addition to providing greater user control and privacy, platforms based on blockchain verification IDs are more secure than their centralized platforms. This is because, distributed across multiple nodes, they do not have a single point of failure like traditional ID systems, such as government databases, social networks.

By removing single points of failure, the distributed ID platform has produced a huge Yahoo! The attacker will not be able to penetrate the centralized database, which stores all user information in a single location, but must obtain each user's private key one by one, which is highly unlikely in practice.

We are all familiar with major data breaches in recent years, such as the 2017 Equifax incident. These centralized databases are like magnets for hackers, who usually only need to take them out of a single vulnerability or extract data from them.

In contrast, the transparency and immutability of blockchains means that users can see when their data is being accessed and by whom they are accessed, thus providing a deterrent to anyone who might become a hacker. Again, this transparency and immutability will only be destroyed if it is unlikely to happen, ie the destructive participant controls 51% of the nodes in the blockchain, which in theory will allow access to the data and then delete this A corresponding record of illegal access.

In the history of today, the world's digital identity systems are isolated from each other, forcing people to create new accounts and new data for almost all digital services they use. This has led to the spread of personal data to dangerous levels, making data disclosure and cybercrime more likely. For example, the cost of identity theft has reached $106 billion. In the United States alone, the average consumption level of ordinary consumers reached an alarming level between 2011 and 2017. 118 online accounts (at least in the United Kingdom, in case of data).

A blockchain-based digital identification system provides a solution to this problem. Although most of the current chains are cut off from each other, the standard for sovereign digital identity is similar to the Digital Identity Foundation (Dif) and the World Wide Web Consortium (W3C). Many startups are building interoperability platforms that will be different blocks. The chains are linked together, including Polkadot, Cosmos and Aion. By striving to implement an ecosystem in which one of the standards for identity platforms is accepted by all other platforms that require ID verification, such organizations can greatly reduce the amount of personal data that people need to generate. Instead, the user will create an account with a blockchain-based ID service and then use the service to register with a number of other services and systems.