MyEtherWallet has Suffered DNS Hack, with Disappearance of Users’ Money

Vladdirescu87 Member Posts: 22 ✭
April 2018 in Press and Articles
The open-source financial market services tool MyEtherWallet (MEW) was exposed to a Google DNS hack. Social networks and other crypto discussion boards have recently exploded with dozens of reports on the fact stating that their virtual coins have been stolen from MEW accounts.

Published by a Reddit user on April 24, the post said that 0.09 ETH (around $65) had been hijacked from a MEW account. There was no doubt that the owner of the wallet had become a victim of a cryptocurrency scam that involved a DNS exploit. He mentioned that he had ignored the notification claiming the insecurity of a website. Sure, it was not a regular thing for MEW, but the user paid no attention to it and filled his details in. In less than 10 seconds, the digital currency was gone.

Read the details in the article of Coinidol dot com, the world blockchain news outlet: https://coinidol.com/myetherwallet-suffered-dns-hack/ 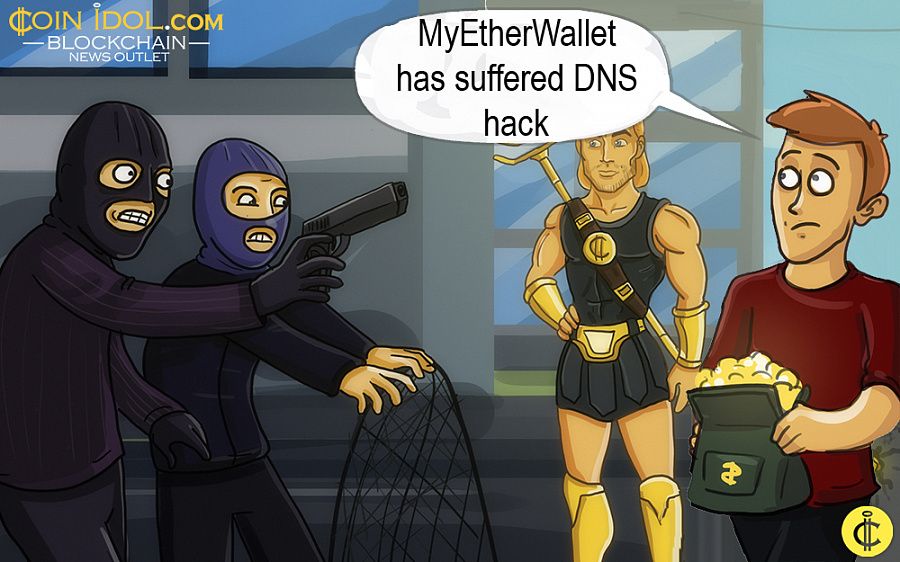