I am confused with GTX1070's Max Memory.
According to my screenshot below from nvidia-settings: 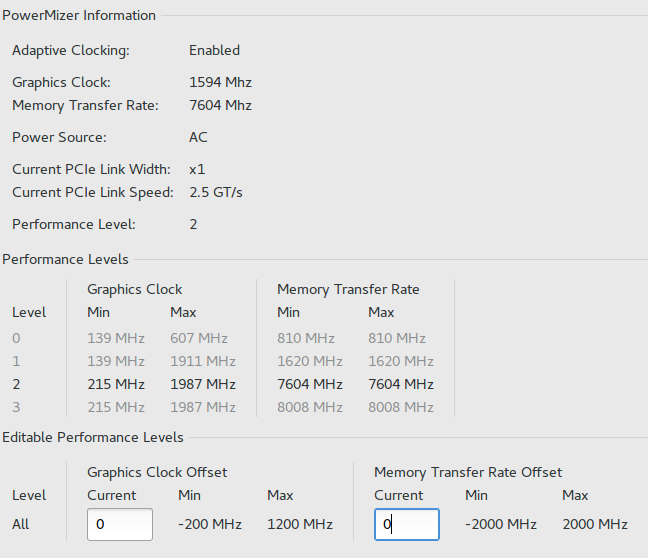 However, when I run nvidia-smi: