leelaam13 Member Posts: 18 ✭
April 2017 in Mining
I facing with this problem
I have MSI RX570 Gaming X 4G Card, I'm use MSI Afterburner for O.C, but when increase Core Clock and Mem Clock, both are slow down hastrate (Claymore - GPU-Z show that Coreclock and mem clock affected)

from 22MHs to 19MHs or lower, reset and it's back to normal
I don't know why?

Somebody help me
thanks you 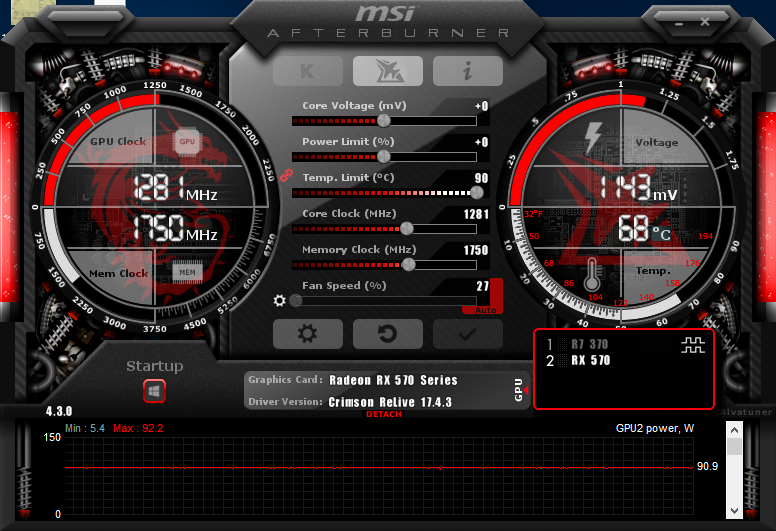